You are here: Home / Millennium Magazine 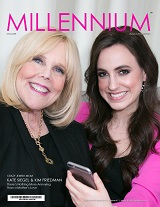 Karen interviewed best-selling author Katie Siegel of ‘Crazy Jewish Mom’ fame about her first book, “Mother, Can You Not,” Katie’s mom, Kim Friedman, is developing several documentary projects and continues to be obsessed with her daughter’s life. The cover story ran in October, 2016. 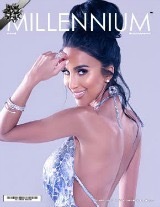 The Samuel Waxman Cancer Research Foundation (SWCRF) held its 18th annual benefit dinner and auction at Cipriani Downtown New York City, where there was a palpable sense of excitement in the room as the Foundation itself gears up for its 40th Anniversary in 2016.